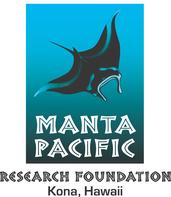 Csilla Ari was born in Hungary, Budapest, a land locked country. During her childhood she visited neighbouring contries with her family and fell in love with scuba diving and marine animals at very early age. She was only 13 years old when she decided to dedicate her life to study and protect giant manta rays. Csilla received her first dive certificate in 1998 and she did not stop until becoming a divemaster. She collected over 500 dives in the following years when scuba diving mostly in the Red Sea. In the meantime Csilla spent her summers by volunteering at the Scripps Institution of Oceanography, University of California, San Diego and CSIRO Marine Institute, Tasmania to learn about elasmobranch neurobiology and to collect tissue samples. She was also invited to be a participant of an expedition to Mexico in 2001 where she saw Mobulids for the first time, unfortunately dead at a fishing camp. Witnessing the slaghter made her more determined to protect these animals. She graduated with high honors with a Masters in Zoology at the Szent Istvan University, Budapest and the Foundation for the Oceans of the Future was established in Hungary in 2003 in order to support her research on manta rays. Her Ph.D. studies at the Semmelweis University, Budapest then focused on the brain organization of different elasmobranches, including Mobulids and she defended her thesis `On the brain of cartilaginous fishes: cerebralization, astroglial architecture and blood-brain barrier composition` in 2008 which was later published as a book. During her Ph.D. studies Csilla also discoved that Manta rays have the largest brain of all fish species studied so far and based on several interesting characteristics of their brain her interest shifted toward sensory biology and cognitive ethology. In 2004 and 2005 she performed the first behavioral experiments on a captive manta ray in the Lisbon Aquarium and described the high importance of visual information processing. Csilla was later invited to study wild manta rays as well at the Hanifaru lagoon in the Maldives in 2009 and at Isla de la Plata, Ecuador in 2010 in collaboration with other manta ray researchers. Csilla moved to the United States in 2010 where she worked as a postdoctoral scholar at the University of South Florida. Csilla received her first grant from the Save Our Seas Foundation in 2010 to support and continue her research on sensory, cognitive abilities and social behavior of manta rays. Based on observations and experiments on captive manta rays at the Atlantis Aquarium, Bahamas during 2011 and 2012 she discovered that manta rays indeed change their body coloration rapidly and over longer periods of time as well, and might demonstrate the ability for self recognition. Csilla joined the MPRF in 2013 and plans to continue her research on manta rays as well as worldwide conservation projects. Her research was featured in the National Geographic magazine in 2010 and highlighted in Nature magazine in 2014. Csilla is currently a full-time Research Associate at the University of South Florida, Tampa, at the Hyperbaric Biomedical Research Laboratory.